At the Barbès-Rochechouart metro station in Paris, hawkers sell cigarettes: “Marlboro! Legend!” Mohamed Bourouissa gave each one of them a hidden micro-camera to wear so that they could film their experiences. In these snatches of subjective camera, and some encounters staged by the artist, information is obtained, deals are negotiated, a woman gets chatted up, and the police are evaded. Together, the sequences are composed as a fragmented and broken narrative, as breathless and bustling as surreptitious exchanges at the top of an escalator. 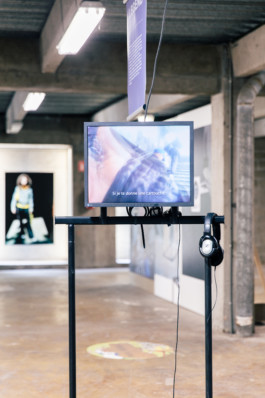